Blogging is like a muscle - if you don't use it regularly, it atrophies. That's exactly how I feel about my (failed) attempts to blog. In the last 8 months since I finished the 14-day blogging challenge, I have only published one article. Let's try to 'break the silence' with this one.

I'm currently on Ko Lanta, a small island in southern Thailand. I just returned from dinner:

I'm in my small and messy hotel room, and my portable temperature meter shows 28.8°C. And it's 9:51 PM, and I'm tired. What I'm trying to say: this is going to be mostly a 'stream of consciousness' unedited type of post. You'd been warned.

I actually outlined a few ideas for this post during my journaling today, so I'll try to capture them here, in no particular order.

Discomfort is the gateway to personal growth

I thought of this just as I was leaving Chiang Mai two weeks ago. And I also thought about it just as I was leaving Prague those 3 months ago. It's human nature to seek comfort and stay in it, I'm the same way. The problem is that when you give in to this craving and you always stay well within your comfort zone, it inevitably leads to stagnation in life.

There are actually two types of discomfort - one is chosen (going traveling, stepping out of our comfort zone) and one is forced onto some people by their circumstances. The latter one can be quite painful and feel inescapable, but ultimately can be a very powerful force for growth.

Casey Neistat has an awesome quote about the 'first' type of discomfort. It goes something like:

The most dangerous thing you can do in life is play it safe.

I wholeheartedly agree. If there's something you've been itching to do but considered it risky and therefore not worth doing, I urge you go for it.

Expanding the personal bubble of reality

Living abroad for prolonged periods of time affords me to spend a lot of time with myself. To kind of 'live in my head', and get lost in thoughts. Being in a new place or rather being away from the old and beaten places and environments that I'm accustomed to is the best way that I know of to have a shift of mindset. It's the best way to try to look at things from a different angle, from a perspective that you haven't tried before.

I used to have this idea that we all live in tiny bubbles that are shaped by our worldviews, which are created by our life's experiences and simply by 'what we know'. Getting to new places and new situations can help expand these bubbles. Ironically, each expansion of the bubble also means increase of the awareness of things that you have no idea about. At least that's how I feel about it. There's so much stuff that I don't know, that I can't relate to. But that's okay, as long as I keep trying to expand my bubble ever so slightly.

I also had some important personal revelations about where I'm at and what I want to focus on going forward. These can roughly be split into these categories:

Last year in September, I started with daily meditation. I got serious about it. Now I'm at day #159 of consecutive meditation every morning. I use this app called Calm, and they have this feature called Daily Calm, where you get a new guided meditation every day, exploring various aspects of mindfulness.

I can already see some of the benefits of becoming more mindful and calmer. Becoming more self-aware is both a blessing and a curse, but ultimately I believe it's the key to pretty much everything else. Why a curse? It brought up some of my insecurities and generally challenges in life to full spotlight for me. Which was a bit painful. But it's also necessary first step on the way of working them through and overcoming them.

Speaking of challenges and insecurities, there is an amazing book by a renowned psychologist Tara Brach called Radical Acceptance. 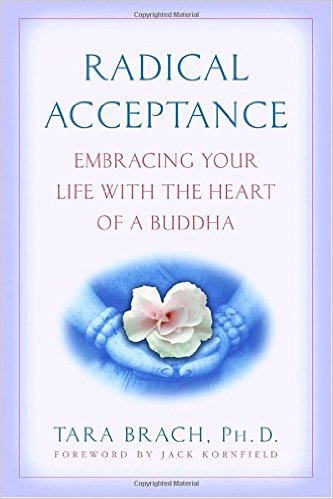 I started reading it 2 years ago back when I was contracting for a company in Los Angeles. But a few pages in, I stopped. It just felt like too much. I just wasn't ready for it. But recently, with my newfound willingness to tackle these problems head on, I decided to pick it back up again. And I'm so glad I did! It's generally a self-help book for people who went through some kind of emotional suffering and who are being held back in life by these experiences. But I'd say that even for regular people who aren't aware of having any kind of significant emotional problems, it is an absolutely amazing read. For me personally, it has been helping me find more compassion both for myself and for people who have been challenging to deal with, as well as just learn so much about how human psychology works.

It's very hard for me to accurately paraphrase ideas from this book, but let me just say that this is most likely the most influential and transformational book that I've ever read.

In late December and the first half of January, I'd been sick. For a long time I just wasn't able to get rid of it. It was truly frustrating, and I thought back on all the times I was sick before and how much it pains me to realize just how much time I had lost because of it.

In the midst of being totally desperate, I found an interesting interview with a doctor from the Czech Republic who is practicing functional medicine. The basic premise of it was that it's the personal responsibility of each one of us to have a healthy lifestyle if we want to avoid long-term chronic (or re-occurring) illnesses.

Through his words and through some more research and pondering about it, I realized that there are three main pillars of health:

It's important to consistently get enough of quality sleep. In practice, this means having respectful roommates (or a place of your own) in an area which isn't noisy. I personally also want to invest into solid mattress and pillow.

I started getting a bit more into nutrition last year. I completely avoid sugar and try to stay away from processed food. It's a good start, but it's not enough. I plan to double-down on learning much more about the various nutrients, plus I'd like to start tracking all of my micro and macronutrients intake, as well as calories. I have a hunch that I don't consume enough calories in an average day, and that's obviously a problem.

I know that this will be a big challenge and it will require a long-term commitment and willingness to keep trying and learning from my mistakes. That being said, getting nutrition right boils down to three things: investing time, energy, and money into it. But if this all means having increased level of energy, better mood and avoiding illnesses, the stakes couldn't be higher.

I had some success recently with daily running on Ko Lanta, but in Chiang Mai, I had almost no exercise/movement whatsoever. I'd ideally like to regularly run, cycle and go to the gym plus practice yoga. This is really about willpower and priorities. Yes, it might mean having less time for work. But again - health is at stake here.

There's also a fourth aspect of health - mental well-being and contentment. It can easily go overlooked, but I think it's the most important aspect of it all. And it goes hand in hand with the three pillars - I have no doubt that being energized from regular exercise, solid sleep and eating well would have a huge effect on this. But obviously it also depends on the environment and people around you, which is something worth looking into and being honest with yourself about.

Going forward, I want to introduce a section in my weekly review where I'll reflect on these three pillars and how I did it in each one of them during the week. It's extremely important and I don't want to get back to overlooking it only to find myself sick yet again.

Priorities. What's next for me?

It's getting late and this post is already very long, so I'll try to be brief. Recently, as in last +- year, I'm realizing more and more that the thing I wish for the most is to lead a balanced lifestyle without excessive stress, being around positive people and being able to be consistently productive.

Especially the last bit - being consistently productive - is something that I just don't seem to get to, still. And it's frustrating. Being a 'digital nomad' is nice and all, it sounds sexy to people who haven't experienced it, but the problem is that all the planning and arranging of accommodation / places to eat / place to work etc. takes a lot of time. And also, a lot of the times the working conditions (as in chair + desk) aren't ideal. Which was precisely the case here in Thailand.

That's why I'm planning to mostly settle down, at least for the rest of this year. And I want to get an ergonomic working setup where I'll be able to work long(er) hours without fatiguing and without the risk of developing RSI or chronic back pain.

In short, these are the three priorities I have now:

In three days (I've split the return into three parts), I'll be back in Prague. And inevitably, at least to a small extent, I'll fall back into the 'old way' of doing things. But I'd like to believe that the ideas and learnings from this 3-months stay will live on, and I'll have enough of a spine to follow through with the plans. Look at me, bullying the future me into not being lazy and staying in his comfort zone but rather making the difficult and potentially risky choices.

Alright, 1,5 hours and 1687 words later, I think it's time to wrap it up. Thank you for reading, I hope you found at least some of the ideas in here interesting. And I'm sorry for the grammatical mistakes. Once again I just wrote it, pushed it through Grammar.ly to correct basic grammar and published it, without any kind of editing. But hey, it's like they say: "done is better than perfect".