You can take a look at it here: glimsoft.com. We launched it on Thursday night, at 9:28PM, and after solving a problem with Disqus and a couple of other things, I publicly announced it on Friday evening. A moment after it went live; my friend/coder sent me this gif:

It made me laugh a bit, but it was also fairly accurate representation of how we both felt. Fine tuning everything on the website took enormous amount of time. A little bit more than I was comfortable with (hence the last project update), but I am very excited that it's finally live!

I can't wait to write new interesting posts there. This year, I plan to write a lot more tutorials than last year for all the new stuff that will be announced at WWDC, because the response on my tutorial about building iOS 8 Today extension was quite extraordinary and it still brings a lot of visitors. Regarding the new website itself, I wrote a short blog post about it here.

Also, I'd like to say a big THANK YOU to Martin who coded the blog and all the remaining parts of the web including fine tuning and fixing everything that I wished. Without him, the website wouldn't be as great as it is now.

By the way, here is a screenshot of the top of the front page: 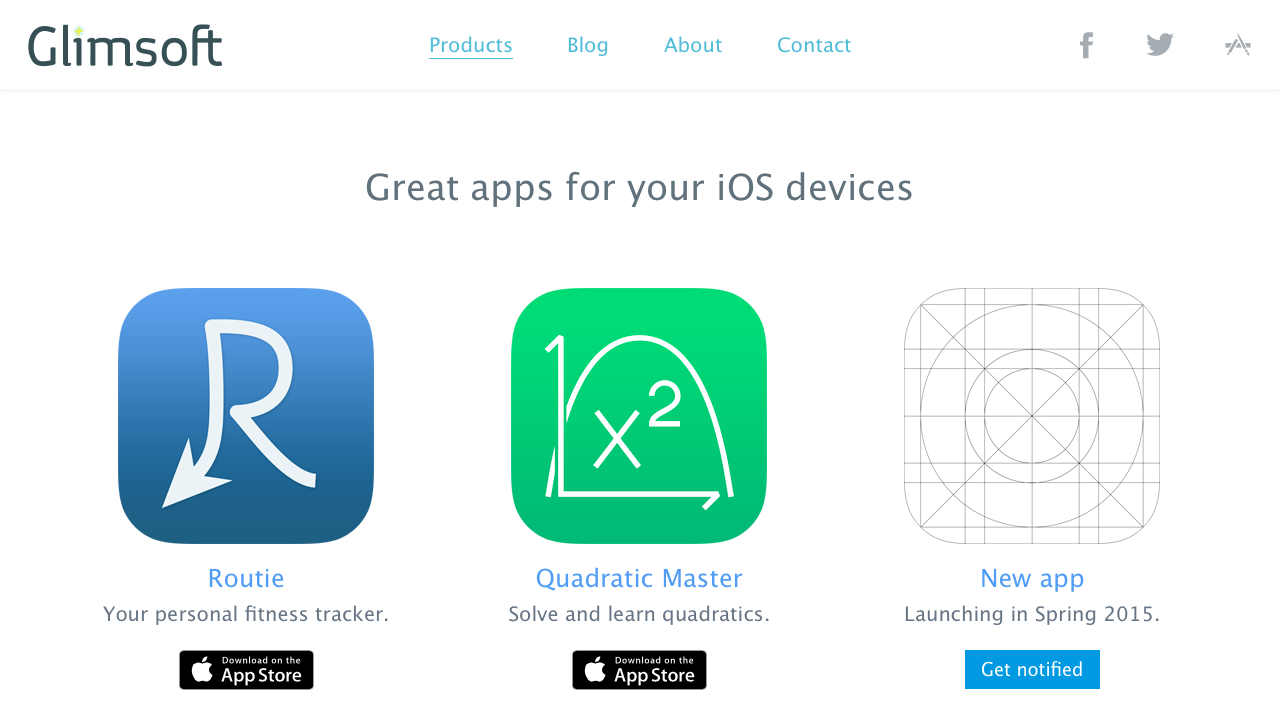 What I've been up to these last 4 days

I've already covered that above. What I haven't said is one little but also quite important detail - I've got a new profile picture! My brother was kind enough to meet and use his professional camera to take pictures of me. We did like 90 pictures and most of them I wasn't satisfied with, but there were a couple that were good and one that I really liked. So I used that one. I am extremely glad we did that, because the previous picture was 2 years old and very suboptimal (that's kind way of describing it).

On Friday, I've spent the whole morning updating all of my social profiles. On each one of them I've put the new profile picture and updated the bio when I felt it was needed. This felt quite good and I had been planning to do it for months (but it was dependent on the new picture, so..)

In the afternoon, I took the time to think through and review two recent big projects I did - the new website, and then the client work that I'd talked about a lot in the earlier project updates.

I tried to recall the whole thing, from start to finish, and tried to make notes what I could've done better, what caused it to take so long, and simply tried to capture all the lessons from it, so that the next time it will go much more smoothly and I will avoid making the bad decisions that I made this time.

The text spanned 3 list of papers from both sides, but here are the top lessons from each of the projects. First, the website:

In the early stage, I have to make better and more precise specification of what I need, and really make sure both I and the coder are on the same page. I believe this would save a lot of time and misunderstandings during the rest of the process.

And regarding the client work - there was a couple of things. But the recurrent theme was:

I ignored the bad feeling I had about the whole thing several times during the stage of negotiating the terms, and this lead to the disheartening consequences of spending 2,5 months of my time on it, and currently not being sure if I'll even get paid in full. But I've already talked about this dreaded client job way too much in these updates, so let's move on. 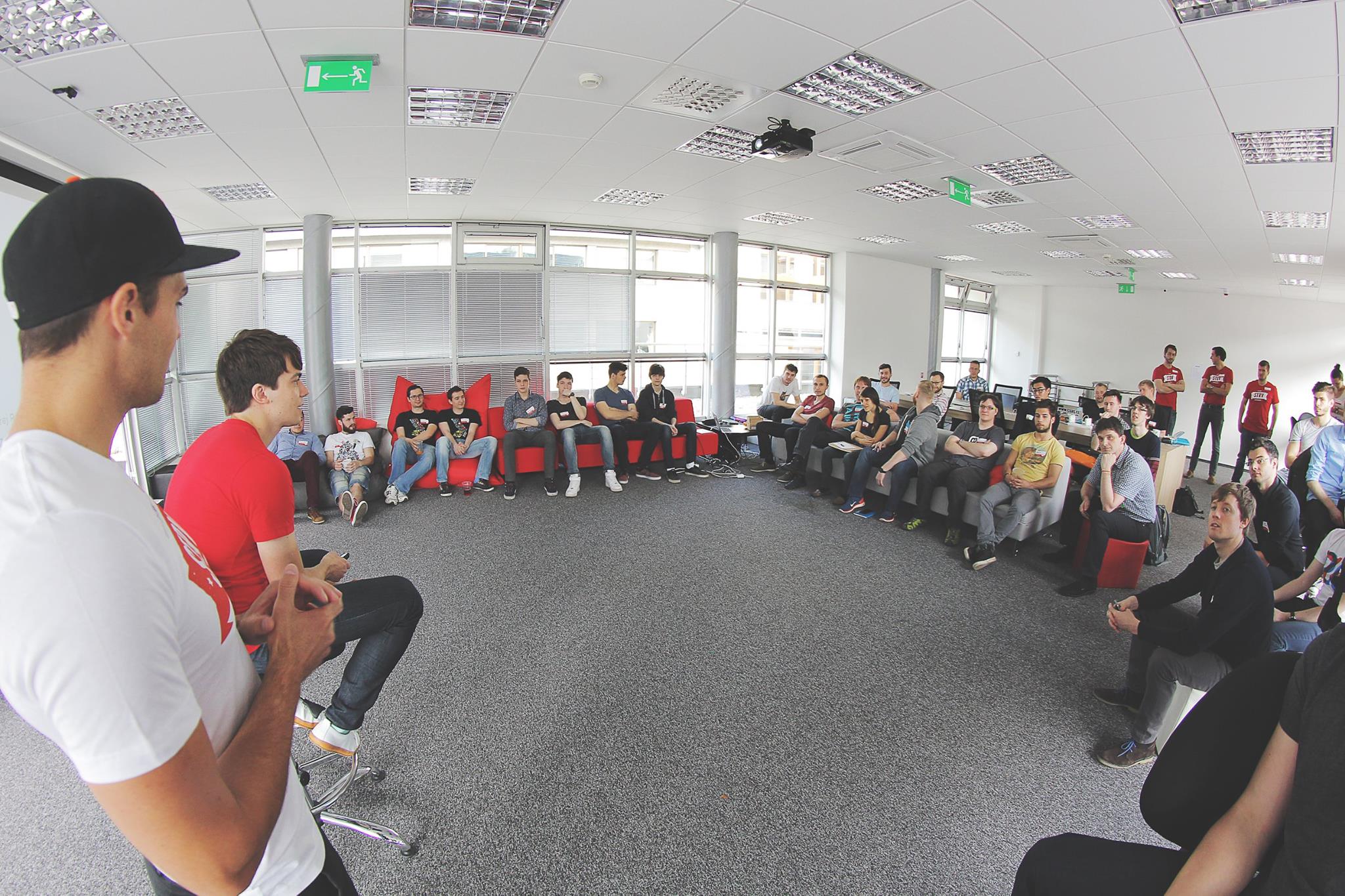 Yesterday, I participated in this local event held by STRV (a company that develops mobile apps for US startups). It took place in their office, and overall, it was awesome! I am really glad I was there.

I was in the team with a guy who already knew me from Twitter, and although our app was very simple (you can't make something grandiose with WatchKit in its current state anyway), I am glad the presentation we gave about it in the evening wasn't a total disaster. I mean, it certainly wasn't great, but I was quite proud of myself that I didn't panic nearly as much as I thought I will.

The best part of the day though was certainly the evening party. I got to meet quite a few interesting people, and I had a blast talking with them about programming stuff and alike. At the end of the day, I felt really enriched by hearing about their life attitudes and comparing that to mine. I also saw and talked with a lot of familiar people and friends from the iOS community that I've known for years. What was also great is that several of those people indirectly encouraged me about Routie, and gave me tips how they think I could improve the performance of the app in the App Store.

I had several ups and downs toward the end of the week. The biggest 'up' was when we launched the website. I felt like I am on the verge of something new. That this is the beginning of a whole new chapter. But at the same time, I was really exhausted by it, because of how much energy and time it took.

So on Friday my mood dropped significantly. And I had sort of a "what am I even doing" moment during Saturday on the hackathon, when I looked at the guys from STRV and how successful they are, and compared that to me and how I am still struggling a lot to even get by.

Plus, I was somewhat not fulfilled from the programming point of view because I haven't worked on the new app for the entire week (because of the website). But now that that's out of the way, I am thrilled to get back to working on the app and to dedicating it most of my focus, energy and time.

That'll be it for today! Don't forget to head back here next Wednesday. I hope I will have good news about the new app.