It's that time of year again! There is just a little over 6 hours left in 2016, and I'm feeling sentimental already.

What. A. Year. I just realized that this was probably the best year of my life. Sure, there were some things that were annoying, but overall, I'm very satisfied. Here is why:

It's funny to think back to last New Year - I believed I will release Timelines in January/February. I ended up releasing it on 9th August. And for the first ~3 days after it launched, it seemed like it will be a disaster. It's really hard to describe what it feels like to pour your heart & soul into building a product, and then bringing your skin to the market, and accepting that it might/looks like it will/ fail. Anyone who ever spent this long building and nurturing something knows exactly what I'm talking about.

To my astonishment, Apple ended up featuring it on the front page of the US App Store the very next week. And a Press coverage on top blogs like MacStories, 9To5Mac, WatchAware and Product Hunt followed.

It felt absolutely amazing. I was literally wishing and daydreaming about succeeding on the App Store for the past 6 and a half years. Watching it unfold with my bear eyes beyond my wildest expectations was just indescribably satisfying and empowering.

I wrote in more detail about the story surrounding the launch in this newsletter.

I got this job back in September 2015, and in the end it, extended until March of this year. And look, being employed in a large organization is not for me. No matter how good the pay is. Also, it was frustrating that I had to put off Timelines for those 2 more months (February and March). But it allowed me to save decent money, which in turn afforded me to work full time on my own stuff since then.

I learned a few very important lessons there: when you have decent skills, getting a full-time job in tech is 'the easy way out'. Also, I could be making much more money if I was employed. I'd have that aura of "success" from the people around me. And, I'd hate myself for it. It would literally be the dictionary's definition of selling out, and I won't do it unless I absolutely have to. It's nice to have it as a backup option, but that's it.

I heard a great quote, something along the lines:

I couldn't agree more. Don't get me wrong, I was enjoying the perks this job allowed me to have. But it was just a temporary thing, to build up some savings to afford me to focus fully on building my own things. Which is exactly what I've been doing since then. Prior to this job, though, I was mostly broke. Precisely because I've pursued this dream I had above all else.

I've been lucky to attend several conferences this year. Namely:

I enjoyed them all, but if I should pick one that I liked the most, it was MCE. They had a Product track, which was hugely inspiring for me.

The conferences above entailed decent amount of traveling, but the true wins were living abroad at these places:

For the job at Medtronic that I had, they wanted us 'on site' in February, so I spent two more weeks in Los Angeles in February.

I spent entire March on Canary Islands (city Las Palmas in Gran Canaria). I worked in CoworkingC, and hang out with friendly, inspiring and easy going people. It was amazing. I had this extremely comforting feeling that I can hang out with people. The bad experiences that I had as a kid wasn't me, it was them.

Back at the Canary Islands, I fell in love with this idea of working remotely from a cool and new location. Cool kids call it being a "Digital Nomad", but I tend to avoid this term because it got some bad connotation lately.

The location that I decided for in this winter is Chiang Mai. It was recommended to my by several people, and even though exotic, it seemed like it could be a great place to live. So, in late October, I took the leap of faith and went for it. You can check out the post My life in Chiang Mai if you want to read more about it. In short: it's been awesome! My quality of life went way up, and I've been much more productive.

In 2016, I still had this problem of losing a significant amount of time to being sick. I actually measured it this year, and I racked up a total of 110 sick days. Awful, right? It's painful to think how much more I could've accomplished if it wasn't like that. That's actually one of my top goals for 2017: make all necessary measures to avoid this. Also, I still dealt with some delicate personal problems, but I don't want to air my dirty laundry here, so I won't go into any details.

For the past few days, I've been thinking about the transience of it all. Time really is going fast, and it doesn't wait for anybody. We will all inevitably get to the point where we'll ask ourselves:

Where did all the time go?

But before we get there, we have the chance (or perhaps obligation) to influence it.

We all get this tiny nugget of time that we call life, and it's up to each one of us what we'll do with it. It's important to realize and appreciate that now (21st century) is quite possibly the best time to be alive. There is so much to be grateful for. All this makes me appreciate all the positive things I was born into (and frankly, so were you).

At the same time, it makes me slightly nervous - I know that once I'm old, it will all feel like a few blinks of eyes. And inevitably there will be regret. My goal is to live my life in such a way that I can limit the regrets to the minimum.

To be more specific: for the past seven years, I had this dream of building my own products that are challenging yet extremely fulfilling to create, and that bring value and delight to their users.

In this regard, the taste of success with Timelines was extremely encouraging. All those years, it felt like I'm trying to reach 'it' with my hand, and even though I'm stretching my whole body, no matter what I do, I just can't seem to reach it. Now, I feel like I'm touching it with my fingertips. There is still so much more to do, but it now feels much more realistic to actually make it work in the long term. And I feel so grateful and blessed that I can now focus on it full-time.

I just feel like it's all coming together, and I don't want to waste another second of my one shot at life that I was given. That's what 2017 will be all about. Really doubling down on this endless pursuit. And being much more fierce when it comes to removing the obstacles that cripple my progress. Simply: I'll do my best to put myself in the best position to succeed. And boy, am I excited about it :).

The main takeaways that I'm taking from 2016

1) Life goes fast. Don't waste it living someone else's life. In 2017, I want to double-down on really living true to myself. I have no interest in finding excuses for myself. Instead, I want to take full responsibility and make the tough choices that will enable me to make it work.

2) Living in new places, in different cultures and meeting new people can really enrich your life and expand your horizons.
I would recommend this to everybody. I understand that not all jobs allow for this, but if you have the chance to do it, go for it. If fear is the only thing keeping you from doing it, please try not to give in to it. If you'll take the leap, I guarantee you won't regret it. Plus, you can always just come back ;).

Life stretches and shrinks based on your willingness to assume risk.

This is actually a quote from Casey Neistat, but I think it's absolutely true. I honestly don't think that I took that big of risks in my life, mostly thanks to the fact that my profession allows me to always have the backup option of taking a job somewhere. But still, the small risks I took along the way allowed me to move forward. And I hope to become more fierce in that regard.

Self-awareness is key. Focus on your strengths, not your weaknesses.

This one is from Gary Vaynerchuk, and it makes so much sense. Everybody has their own set of problems, it's those who play to their strengths who have much bigger chance to succeed. I could write a book about all the insecurities that I dealt with in my life. Thankfully, most of them are a thing of the past, but they still tend to rear their ugly head from time to time. Instead of feeling down about them, I much rather focus on the fulfilling work that heals them.

The same goes for you: please recognize your unique strengths, and focus on those. Don't let the insecurities take the best of you. (I know, it's much easier said than done. But trust me, it's not impossible.)

It's getting late, and I will have to end this post soon. This will be one of those that I just 'spit out' in one sitting, without any editing or proofreading.

These are my main goals:

I hope this post was interesting. If you made it all the way to here, thank you! You just read 1877 words, congratulations on your attention span. Please let me know in the comments what you think :). Now, if you'll excuse me, I have to go. I'm currently in Kuala Lumpur and plan to join a CouchSurfing meetup for celebrating the new year (which is coming in just 3,5 hours). See ya'll next year! And: Happy New Year! 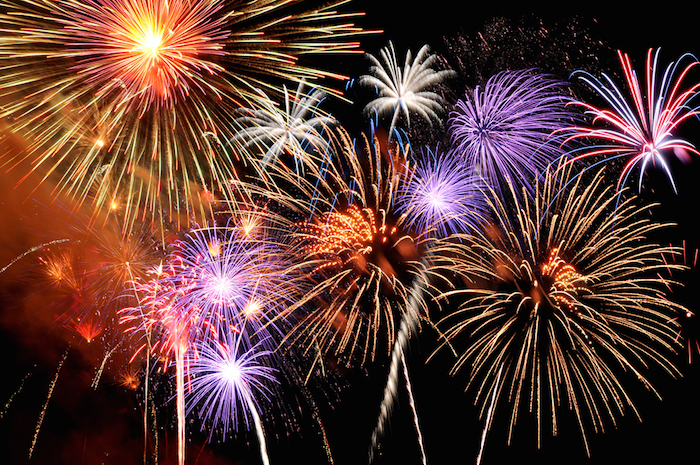