Since my posts tend to be overly long and drawn out, I'll do my best to keep this one short, succinct and to the point. While this year had some unique challenges for me, all things considered, it was a great year. And, dare I say it, transformational. Here are the main themes, in no particular order:

Partnership on a weather app

Last year in September, David Barnard together with Greg Pierce have released Weather Atlas - a weather app that combines maps, radar overlays and forecasts to provide unique weather experience. Back then, I've sent David long feedback about it in the hopes that perhaps sometimes we could work together on something.

A long story very short: we decided to partner up on building 2.0 version of this app (now called Weather Up), and we spent a significant part of the year working on it, together with a designer from Denmark Michael Flarup.

If you are not in the iOS community; just know that these two are among the most successful people in the mobile apps industry. I feel so grateful that I got to work with them on this app. I've learned a lot from David about marketing apps, and his process of bringing apps to life through continuous refinement and willingness to toss out things and features that turn out not as nice as we'd imagined them to be. Michael's novel ideas, killer design skills, and candid feedback were also invaluable. You can read his detailed article about the app on Medium: Designing Weather Up. 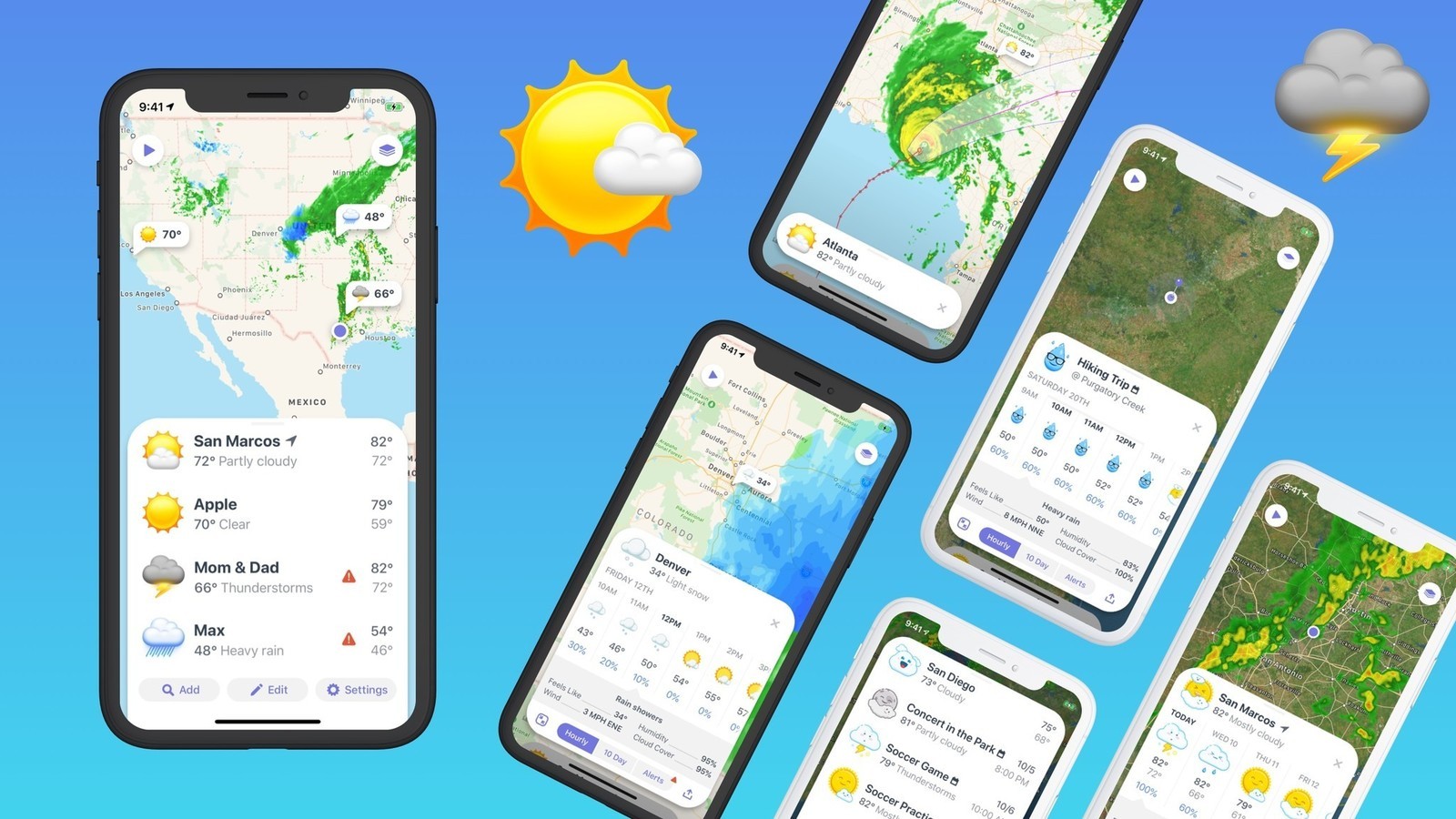 We've released the app in the middle of November, and while it didn't do as well as we had hoped, I still believe we've built a great app, and it was exciting to see it covered on sites such as TechCrunch, The Verge, and iMore.

Settling down in Prague

In 2017, I spent 6 months abroad. While being a 'digital nomad' has a lot of advantages, I ultimately found out that it's not for me. I wanted to be productive, have a solid routine and have long-term friendships. That's why I eventually decided this year to settle down in Prague, and also finally move into my own apartment.

The average prices of rent in Prague have increased significantly in recent years, so I could no longer rely solely on my income from my own apps to support it. That's why partnering up on Weather Atlas + working for another client from California on the side throughout this year was a great help in making this decision easier for me - knowing that I'll be able to afford living here for a long time to come.

I've moved into the apartment in the middle of September, and while it was definitely a big change for me, I see now that it was absolutely the right decision to go for it, and I probably should've done it a long time ago.

Prior to this year, health (or rather lack of it) was a major source of frustration for me. I lost way too much time by being sick, and not being able to work productively. That's why I'm really excited and grateful that this year, I wasn't sick almost at all. I attribute it mostly to:

I plan to focus even more on healthy lifestyle next year - I want to exercise regularly and eat more healthy through cooking for myself more often.

Struggle towards the end of the year

Not everything went that great this year. I don't want to get too much into details about this, but a combination of a challenging family situation, lack of sunlight in these fall/winter months, and some unresolved issues that keep rearing their ugly head - all that combined caused me to really struggle emotionally at times during the fall and winter period. I've experienced quite severe anxiety and unfortunately, it has affected other aspects of my life too. I acted needy with certain people I care about and looking back at it now, I really wish I haven't done that.

I've been able to moderate these rough periods and try to understand them through my daily writing practice, but still. What I realized is that I need to really work through the unresolved issues that I have. I'm neither feeling sorry for myself nor taking this as some sort of excuse to subpar behavior. Which brings me to the biggest realization of this year:

It's just a 'thing', and the 'thing' needs to be taken care of in order for me to truly move forward and live life to its fullest.

And that's precisely what I want to invest in and focus on early next year. There's no shying away from it anymore.

One thing I'd like to add to this: I feel very fortunate for having several friends around me who were open to me opening up to them, and who offered advice and encouragement. It's really appreciated - you know who you are.

In case you didn't know - Timelines is my app for tracking and visualizing time. It's a project near and dear to my heart.

Don't take me wrong, I really enjoyed working on Weather Up, but since it took much longer than expected to finish it, I've been growing more and more restless about not having time to work on Timelines for so long. It has been the longest break from working on my apps that I ever had.

It has occurred to me recently just how much I relied on the feeling of expressing myself creatively through building something the way I want it to be, something that others enjoy using. I was starting to feel like I'm losing the excitement for it, and that was terrifying.

I knew I had to do something that will get me excited about it again. So a couple of days ago, I built a prototype of an interactive bar chart - a new feature that will enable users to see trends in their distribution of time in specific categories.

I've dreamt about this feature for a long time, and seeing it come alive was mesmerizing. I could feel the excitement building up again. And that is exciting!

I'm absolutely confident that 2019 will be a huge year. With enough runway to be able to focus on my own apps for most of the year, I want to really seize the opportunity and go for it. Timelines has so much potential, and I want to do my best to make it succeed. I now have a solid work setup at my apartment + a coworking space nearby, there is really no excuse for me not to be productive.

While being productive is the main goal, equally important is working on myself - both physically, spiritually and mentally. I already have some specific plans how to do that (but that's for another article). I'd also like to learn to be more open and honest about my feelings, which is something that I've historically struggled with for various reasons. And be there for others too, when they need someone to listen to them.

But ultimately - I'm really hopeful and optimistic about what's to come.

And how was your 2018? I'd love to hear about it in the comments section below. Also: if you made it all the way here: Happy New year! And I wish ya'll to accomplish what you want and overcome what you need to overcome.