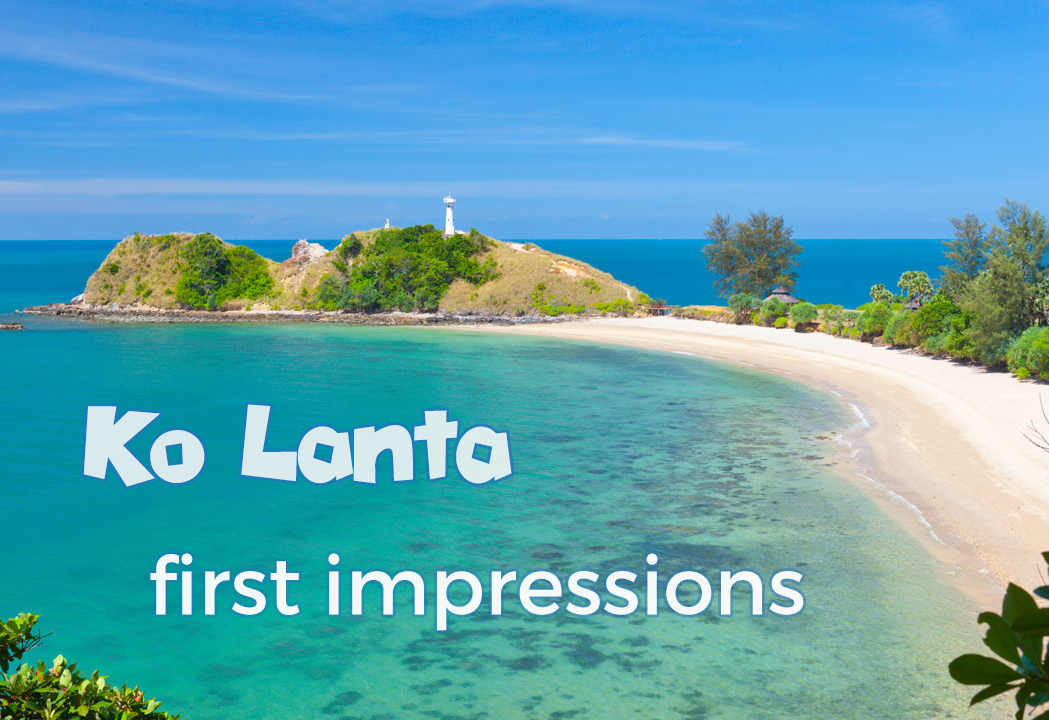 The next step in my slow travel through Southeast Asia is Koh Lanta, a beautiful island in southern Thailand.

I arrived here yesterday evening, so I've only just started getting used to this place. But so far, I really like it. I think it's going to be a kick-ass month here.

Before I got here

I left Chiang Mai last Wednesday, and spent 4 days in Bangkok. I still felt sick for most of that time, and the heat + humidity was just insane. I sweated like crazy. The few positive things out of it: I probably got rid of the sickness, and I bought myself two short-sleeve shirts, which I'm really happy about. I figured they will come in handy in this humid climate that I'm about to move into. Here's me, trying one of them out: 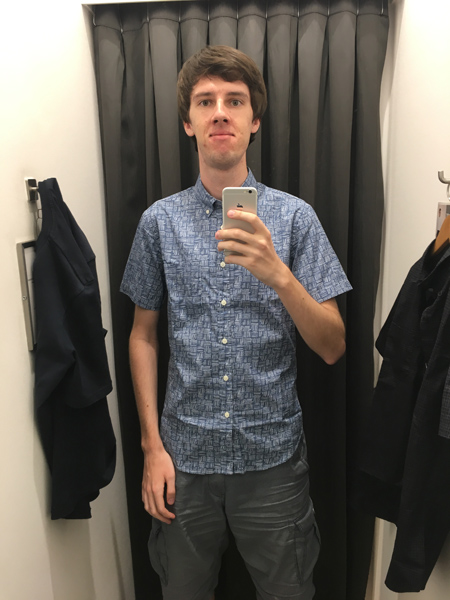 A few notes on Bangkok:

Getting from Bangkok to Koh Lanta

The flight was fine. Well, they took my nail scissors because I forgot them in my backpack. But apart from that, it went well. The challenge was the last part:

Getting from Krabi airport to Koh Lanta

I'm going to spare you of the details, but lets just say that getting from Krabi airport to my hotel was bit of a pain. I opted for a shared minivan of 500 BHT, but in spite of being promised "20 minutes", I had to wait almost an hour. And then, when we finally got into the van and started going, the driver was acting all weird and after ~10 minutes of driving he just told us that he is going back to the airport, because it's not worth it for him to take just 3 people. What a joke! At the airport, 2 additional people fortunately came in and then it was ok. Except when we were approaching my hotel - I handed the driver my phone with navigation so he knows where to go, and he literally just drove past the turning point and was ignoring my attempts. After a while, he finally stopped, agreed to call the hotel and then returned back. Phew!

Here is a picture from the ferry we took between mainland and northern part of Ko Lanta: 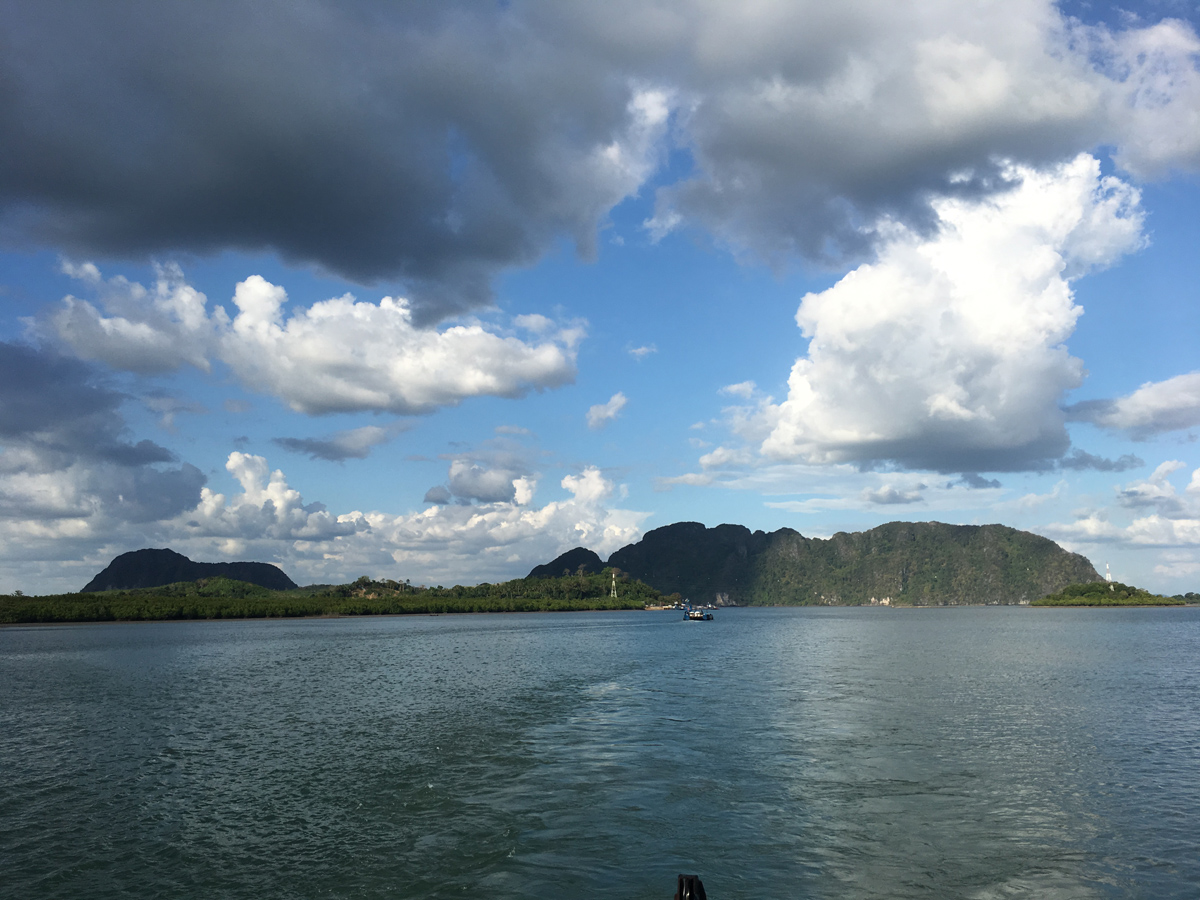 About a month ago, I booked 30 days in a hotel called Lanta Blue House. It had everything that I was looking for and the reviews were positive, so I was hoping it's going to be fine. Upon arriving, I knew it was the right call. It is basic, but I like it. 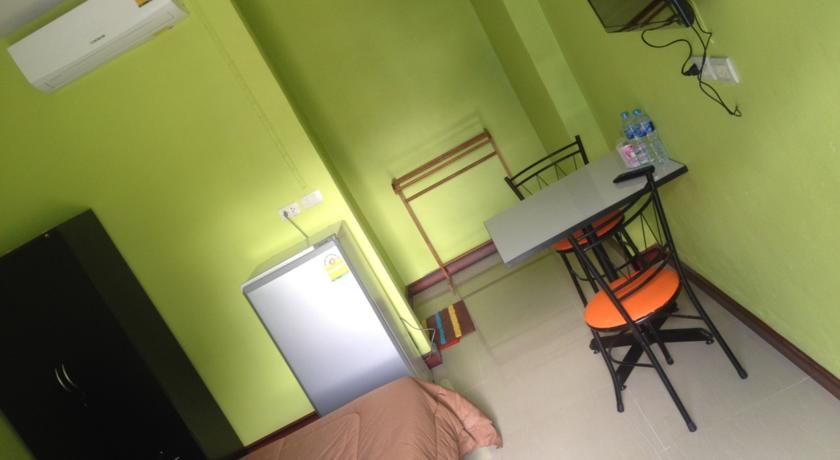 Here are the positives of this place:

It has a few downsides, but nothing too major:

A dip in the sea

While I plan to work a lot here, I made it the point that the first thing I'll do is to take a dip in the sea. So that's what I did in the morning. It was lovely. Amazing sand beach, and the water is comfortably warm. I realized that it's actually been about 5 years since I took a swim in a sea - it felt great to break that 'streak'.

After that, I did some unpacking and went to rent a scooter from the owner of this property. And for the rest of the day, I basically drove slowly around and tried to find places to eat, some coin-operated washing machines and a scooter rental.

I found a scooter rental that seemed solid, and had Honda Click scooters - exactly the model that I drove in Chiang Mai! And for a great price - just 2.500 baht. I decided to go for it. The scooter is a bit shaky, and it actually seemed a bit worse now that I took second drive in the evening, but apart from that, I believe it was a good choice. And for such price, I couldn't really expect some flashy new one. The point is to be able to get around here, and for that, it's definitely good enough.

It was cloudy today and I caught two rains. The first one was short but very intense, here is a video. I was lucky to get under a roof just as it was starting:

More generally, it is quite humid and warm, especially when on the sun. But (at least today), there was a pleasant breeze that made it more comfortable. While I'd prefer a tad cooler climate, I think I will be just fine. Especially since KoHub has AC rooms and I'll be able to cool myself down in the sea.

For all the 'tough talk' in the last post, I did feel a bit lonely when I was arriving here. Which is to be expected, and I don't see it as a negative. I left everybody back in Chiang Mai (and in Prague), and while it is nice to stay in touch, it can't substitute the in-person friendships. That being said, I believe KoHub will be great for remedying this, and I'm looking forward to going there tomorrow.

I also had a few ideas in the past 5 or so days that I thought I'd share here:

Let me explain: After 4-months in Chiang Mai, I was starting to feel quite stagnant. I didn't do a good job of trying new activities, so it was all becoming a bit monotonic. To put it simply, there wasn't much new.

What I learned so far - when there's not enough new 'stimuli', the perception of time starts to speed up - it feels like it's going faster.

"Another week over, huh?"

Sounds familiar? I bet it does. I tend to compare this to the fast-forward button on TV remote controls. When the brain is bored from the lack of fresh new experiences/inputs, it inevitably hits this fast-forward button. And I believe there are only two ways to stop that:

Solution #1: try doing something new. Even simple stuff like going to the cinema, or trying a new sport. The challenge with this is that it solely up to your will to overcome the resistance of not doing this stuff, which, depending on your personality, can make this method hard to pull off. I'd say starting with small steps is your best bet. And by 'your' I mean 'mine' as well - I need to do more of that. 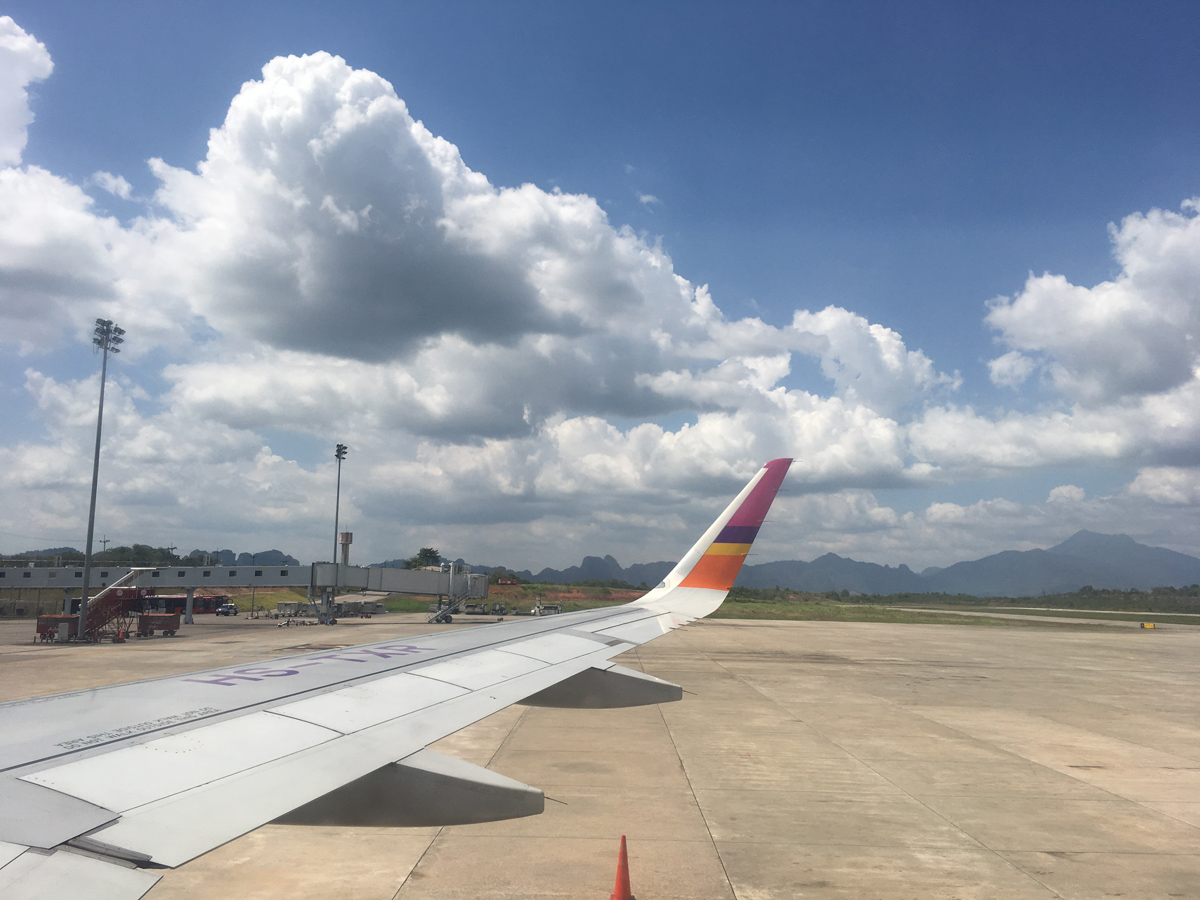 There are many reasons why I'm falling in love with this slow-travel lifestyle, but one of the big ones is exactly this: it forces on me the complete change the environment. Every time I go to a new place, the amount of change is almost overwhelming. Everything is new. It causes me discomfort at first. But at the same time, it affords me this new perspective on things, and, dare I say it, it makes me grow as a person.

It's as if someone pulled the rug from under me and I fell on my butt. It's time to get back on my feet, maybe differently than the last time.

(Okay, I agree that this metaphor isn't the best one, but you get the point.)

The short period of time when I've already left the old place but haven't yet arrived to the new one is perhaps the most challenging but also the one where I feel most 'awake'. I'll try summarize this into a quote (I hope that doesn't make me a douche :P)

The mix of anticipation, slight discomfort, sense of worry, and the excitement for what's to come is the perfect recipe for new perspective, and for accelerating change in one's life.

This time around, the 'middle ground' period was those 4 days in Bangkok. I made some significant plans on how to achieve better daily routine, and I hope I'll be able to pull it off. They are modest and more realistic than all the ones I tried before. And they are based on my learnings from tracking my time for the past 2 years.
If I'll manage to do this, it might (will!) make a big difference on my bottom line, and on my seemingly lofty goals with Timelines.

In one of the future posts, I will try to explore and share how this plan is turning out. As we all know there tends to be this major divide between plans and actual reality. But I firmly believe that having failed with this a few times (many times) still isn't any excuse not to try again.

All in all, this is shaping up to be a great month, and I'm very excited to watch it unfold. I will try to share my thoughts and experience through this blog more often than I used to. The positive reaction to the previous blog post was very encouraging and kind of a 'kick in the butt' to finally start blogging more than once every 2 months. Thank you all so much!